AWAY: Journey to the Unexpected review

Published & copyrighted by Aurelien Regard Games

AWAY: Journey to the Unexpected is a love letter to japanese animation made by a two-person team.
It invites you to a very unusual journey to a charming and wacky 3D world populated by 2D characters.

AWAY is a short light-hearted story mixing action, silly discussions, rogue-lite elements and smashing a bunch of cute creatures to overcome every obstacle in your way.

“Dear Villagers, we may have released some evil forces while working. Sorry, be safe”, say the Labiworks signs all around.

Your neighborhood seems to require some serious monster cleaning. AWAY could have been one of these bloody FPS if only you were not a harmless kid armed with... a wooden stick.

As you throw yourself into danger investigating about missing parents and very strange events happening, you will have to find allies. Luckily enough your neighborhood is full of odd but powerful characters.

You may not be deadly but you’re super good at making friends! From the mine-throwing angry tree to the missile-launching robot or the fireballing yet short-sighted sorcerer, you’ll be in good company!

See the world through your allies’ eyes, first person style, whenever you call upon them. Beware, it can be quite a visual experience! And don’t exhaust them too fast, kiddo!

AWAY: Journey to the Unexpected was made by a two-person team composed of Aurelien Regard (self-made video game developer who previously released The Next Penelope) and Jim Gennisson (former level designer on Rayman Legends and Monster Boy and the Cursed Kingdom). 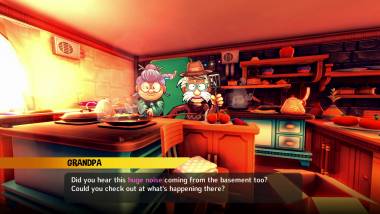 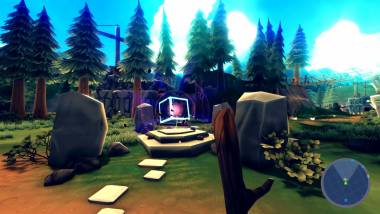 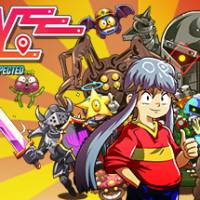