This title has already been published in 2004 and was considered the highlight of the year at the time. Now it is available on Steam for the very first time.
You are Paul de Raque, a Knight Templar on a journey to the Holy Land with the goal to reunite with his Order in Jerusalem. But you are more than just a common crusader - you are on a holy mission. The future of the world and all mankind rests on your shoulders…
Using the weapons of a medieval knight you must fight your enemies, humans and demons alike, to prevent unspeakable evil from being victorious and hell from conquering earth.
You fight against the hordes of darkness with sword, axe, bow and shield. Your crusade leads you through Europe and the Holy Land, against warriors, assassins and minions of hell. You must thwart the dark plans of evil at all costs and find a sacred relic from ancient times.
The focus of the game is on the battle with authentic weapons of Medieval Times in the dark world of the 12th century, which was painstakingly recreated with great effort in graphic design and detail. 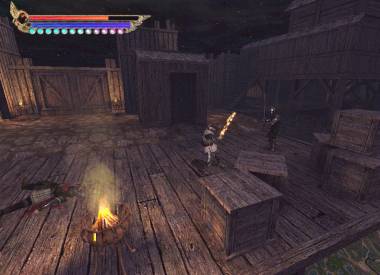