"One of the most interesting and promising experiments in making large, complex games I've seen on the Vive." - Many A True Nerd

"If RPGs in VR are your thing, definitely check this out." - UploadVR

“Strange Company has created a massive world that you can spend far too many hours in.” - VRFocus

You awaken in a darkened castle – or is it something else? – full of dangerous creatures, a history of tragedy, and arcane powers that you can wield. From there, you’ll delve into the weird landscape of the Well Of All Rewards...

While playing Left-Hand Path, You Will

We'll see you in the Well of All Reward.

We Who Watch The Well await you...

Arachnophobia Mode If you'd prefer to avoid spider-like enemies, Left-Hand Path has an optional spider-free mode for you to enjoy - but don't think that makes it otherwise less challenging!

Play Time: Left-Hand Path is 15 hours of play time or more. This is not an experience you'll go through in a single play session!

“I was lured in by its enchanting graphics and fantasy lore that just blends in so well with the story. They're also horror elements I've jumped more in this game than any horror game I played with only two of the scares rigged.” - Knytron OMEGA

“My girlfriend said "this isn't as scary as you said." Then the very first enemy in the entire game attacked her. She screamed and tried to rip the Vive off, failed, and ran directly into the wall then fell on the ground.” - Deathdefy

“This game is right up there with Vanishing Realms. It's the scariest game I have ever played and the graphics and sound are excellent.” - Montaigne 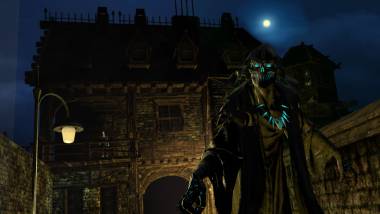 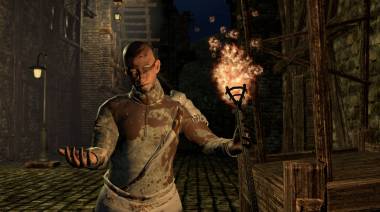 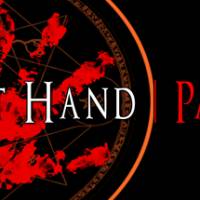