Skautfold: Into the Fray review

Into the Fray is a sequel to Usurper and Shrouded in Sanity, as it is part of the Skautfold series. However, knowledge of the previous games is not necessary to enjoy the game.

Into the Fray is an oblique top-down action shooter.
The focus is on fast, bloody combat with satisfying feedback and environmental reactivity; all under the heavy presence of a dark Lovecraftian story of civil strife.

The story is set in 1899, based on an alternate history of the island of Portland, off the south coast of England. You take control of Hito, one of the Knights of the Empire, and head to the Island to investigate reports of a missing royal, and the presence of a rebellious faction called the Sons of Washington. Soon, the Fog descends, leaving you and the islanders to fend off the would-be rebels who have made a pact with entities from the Cosmos.

Into the Fray is framed around an overview map of the island; where you can pick from a range of missions to undertake as the story progresses. These missions will have you visit the streets of the island, dank cave systems, and even secret underground tunnel networks. But all is not as it might appear; the streets are filled with corpses and infested with eldritch entities, whilst the tunnel networks are home to a series of horrific rituals that are aimed at growing the Fogs' influence... and as you search for a way to stop the ongoing destruction, you're sure to stumble upon some of the deepest darkest secrets of the island.

The tools of your trade will include an arsenal of devastating top-of-the-line firearms; from hand-cannons, to triple-barrel shotguns, as well as prototype weaponry from the great Nikola himself. These weapons will be your best friends and only hope of survival if you want to put an end to both the bloodthirsty rebels, and eldritch abominations alike.

To aid your enjoyment of the carnage that will unfold, gore and environmental reactivity are top priority; break just about anything, kick around barrels of oil and then set them on fire as traps, or just straight up give the boot to your enemies and watch them trigger traps. Why open a door when you can break it down?! Persistent gore and debris will help immerse you in the world as you rip, tear and explode your way to victory. 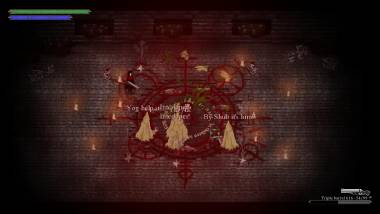 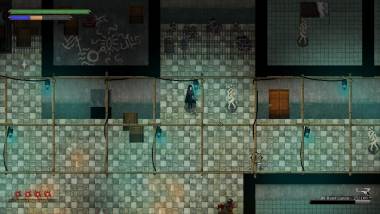